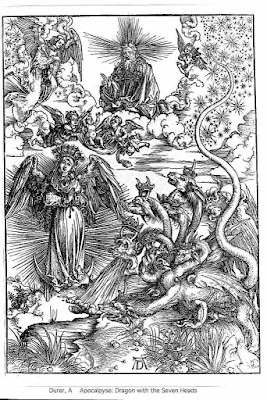 12 The Woman and the Dragon


Now I'll deal with Revelations *12*, like the Tribes and the Divisions of the Zodiac. Which brings us to Astrology/Astronomy. 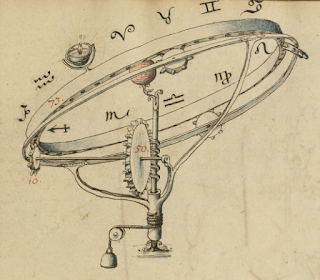 The first "circle" man comprehended and analysed was the circle of the horizon, the "dome" or "vault" of the heavens. From the beginning the mystics where the geometers, and they were also the scientists, collecting data and telling the Time. And their science was cloaked in arcane terms that were meant to be mysterious and misunderstood by the uninitiated.

The Babylonians divided a planar "band" of sky into 360 degrees. They divided this into 12 divisions of 30 degrees. They further divided each degree into 60 minutes, and each minute into 60 seconds. Their number system was also based on 60. We inherit this today in analog clocks and things like "arc seconds" of measurement.

They distinguished between the Fixed Stars, which we now call Constellations, and the Moving Stars, which we know as planets. To the ancients, there are 7 wandering stars (planets), counting Sun and Moon. It is the signs of the Zodiac and other constellations against which they tracked the Planets.

So in verses 1 and 3 with the mention of 12 and 7, and stars moving, the identity of the Woman is known, it is the "Queen of Heaven". 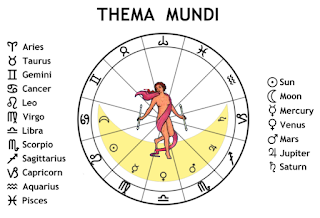 What is being described as a kind of "Thema Mundi", although admittedly without the rulership information is included in the image above:

"The Thema Mundi ("World Theme", with 'theme' being a word that also means chart) was a mythical horoscope used in Hellenistic astrology that shows the supposed positions of the seven visible planets (including the Sun and Moon) at the beginning of the universe.[1] It purports to exemplify the logic behind the sign rulerships, exaltations, and meanings of the aspects, among other things." - wikipedia


It's actually more than this, its a "plan of creation". Or "Schema". The 7 planets directly correspond to the 7 lower Sefirot of the tree of life, under the "Godhead" of the top three supernal Sefirot, mentioned at the beginning of Revelations, the Seven Spirits. (Covered in [Part 1] Revelations - Intro and Rev. 1 - The Seven Lamps.) 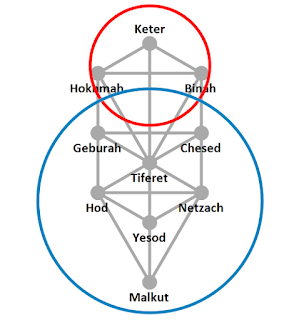 Astrologically, the Red Dragon in verses 3 and 4 can be two things. The North and South nodes of the moon are the Dragon's Head and Tail, respectively. But in the middle of sky, it's also Draco:

And here is Draco's approximate location and orientation within the "Thema Mundi": 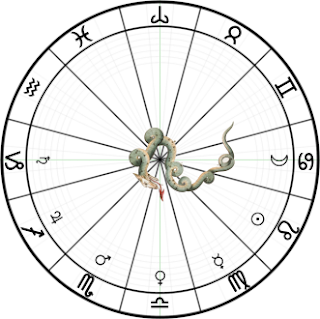 It refers to it as "an enormous red dragon with seven heads and ten horns and seven crowns on its heads".  In Part 1, I explained the 3 (of 10) upper Sefirot of the Tree of Life are known as the "Three Crowns" and comprised the God(head)/Throne. This is describing the opposite division of 10.   7/3 instead of 3/7. 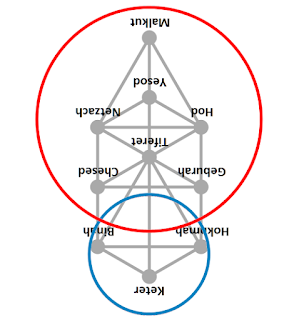 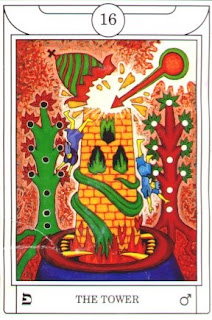 In Kabbalah, the "Sitra Ahra" ("the other side") is the "domain of dark emanations and demonic powers, is henceforth no longer an organic part of the World of Holiness and the Sefirot":

"According to the Zohar, this sitra abra has ten Seflrot ("crowns") of its own, and a similar view, albeit with several variations and the addition of certain mythical elements." - "Kabbalah", Gershom Scholem.

These also become known as the Right and Left emanations, as picture in the Hermetic interpretation on the right.

The part " Its tail swept a third of the stars out of the sky and flung them to the earth" needs some interpretation as well.  There is no "third" of  7 planets. There is a "third" of the sky, however, and it's 120 degrees,  and there is Draco's tail to "sweep" the planets one way or another. This seems to be pointing to an astrological "time" when all or most of the 7 planets are grouped within 120 degrees.

There is another meaning as well, with the "sweeping to earth", from "Heaven",  but for that will we need some more Kabbalah.

At the center of the Tree of Life is the sixth Sefirot, Tiferet - also called Beauty, The Blessed Holy One, Heaven, Sun, Harmony, "Lord God of Knowldge". It becomes the center of "Ze'ir Apnin", the Lesser Countenance in Lurianc Kabbalah. Some of His other names include Melek (the King), Adam, The Son, and The Man. The Son of Hokhmah and Binah (wisdom and understanding). He stands in the middle of the trunk of the Tree of Life, mediating between Heaven (Keter) and Earth (Malkut).

To paraphrase "The powers are stacked like a tree, and all flow into the Holy One, Blessed be He"

It is considered the "heart" of the Sefirotic tree.


"the heart was considered the center of the body, the earth, the center of the physical universel and love, often symbolized by the radiating petals of the rose, the center of the human universe. ...In Kabbalah, God's heart corresponds to the Sefirah (divine emanation) of Tiferet, Beauty, at the center of the sefirotic tree. This aspect of God harmonizes and connects all the opposing divine energies into a loving unity." - The Encyclopedia of Jewish Symbols

In general, its also an incarnation on earth of one who contains all that good stuff. Between the Durer painting above, and the Kircher frontispiece below (with the Zodiac, and glyphs of the zodiac on the skin of the Son/Sun and him holding a cadeus of the planet glyphs, I think they've pretty much covered it. 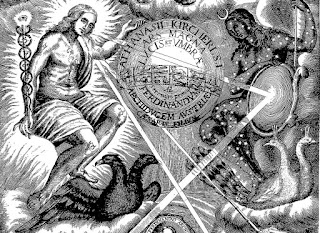 There's one last part I will deal with for now:

"The woman fled into the wilderness to a place prepared for her by God, where she might be taken care of for 1,260 days.


This represents the "Shekhinah" withdrawing the "Divine Presence" for an astrological age.
Posted by Greg at 18:55