The Garden of the Mind (Mesopotamia & Universal Mind) 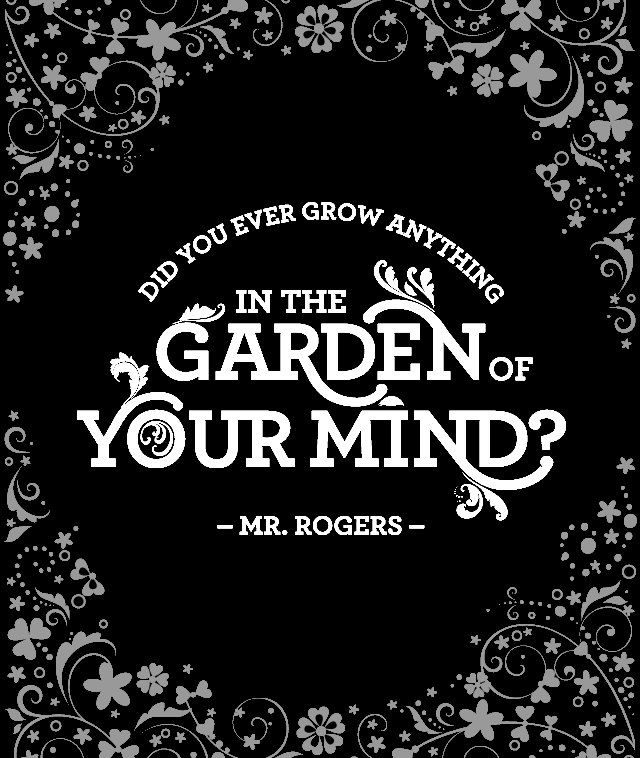 In accordance with Saturn, Jupiter and Mars, (by the brass Tripod), in the future, there will be revelations, (to whom some may find very infuriating), hidden, (or mixed), deep within the prophecies of Nostradamus and other seers.

They who are middlemost of the three, still continue to look northward, ignorant of their own self administered conspiracy. Do they not realize that the true seat, to which they, (bless them), have for thousands of years UNknowingly protected, is in the form of another little Mesopotamia or garden situated eastward. 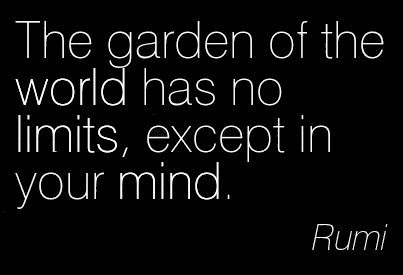 Close your eyes, meditate, and pray at the altar. The Temple of the mind is that which many civilisations of the past, have sought to make manifest through the building of physical Churches. Look for the true source of everything, not its physical substitute.

In between sleep & awakening the Truth can be found in a trifling moment of time. 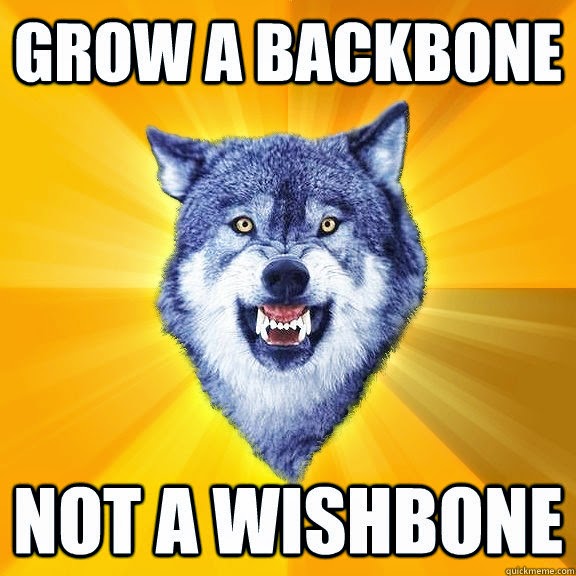 "There is no simplified Sufism; yet it disappears from the area of cognition of such ill-defined minds as may be confident that they can understand it, penetrate anything "spiritual" by virtue of what is truly a woolly, self-assumed perceptiveness. To the Sufi, such a personality, however vocal he may be (and he often is) hardly exists at all. Anyone who says "It is all so indescribable, but I just feel what you mean," is unlikely to be able to profit by Sufism. For Sufis are working, are carrying out an effort to awaken a certain field of consciousness by means of an approach that is specialized, no fortuitious. Sufism does not trade in airy-fairiness, mutual admiration, or lukewarm generalities. When the 'bite' disappears, so, too, does the Sufic element from a situation. The converse is also true. Sufism is not directed to a section of the community - for no such section exists - but to a certain faculty within individuals. Where this faculty is not activated, there is no Sufism. It contains 'hard' as well as 'soft' realities, discord as well as harmony, the sharp brightness of awakening as well as the gentle dark of a lulling to sleep." - "The Sufis", Idries Shah.

The Temple of the Mind (A Hermetic Clue)

The Temple of the Mind
(A Hermetic Clue) 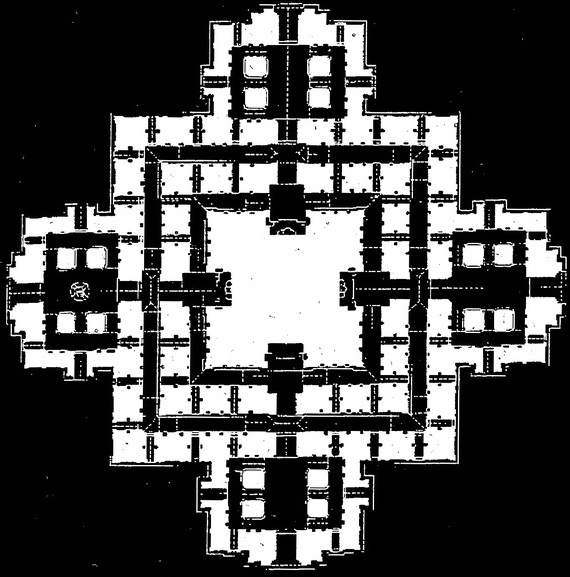 To look North is to "Think" using the finite and logical Left-Side of your brain.

To look South is to "Think" using the infinite and symbolic Right-Side of your brain.

To look West is to "Observe" using your Physical eyes.

To look East is to "Observe" using your Spiritual eyes.

So there you have it, coming from the four corners of the Earth. On which side of this Temple, do you suppose is the Altar?

The Treasure or Gold, spoken about in many of the ancient and, dare i say, even in some modern works, is always in the EAST, or EST, as they might refer to it in French. Can you find it?

Now where is that famous Garden, described in Genesis, located?

From: {Me}
Actually, I think it takes awhile for a neophyte to really get it. The "gods" always come from the east, too. Of course, both the Kingdom of God and "Eden" can be said to be internal. But I don't think it's the only level of meaning. And the unification and/or reconcilation of both sides of the brain is not just Alchemaic, it is the goal of Kabbalists, and of true Tarot

"A medieval symbol for the opened third eye was a swan with unfurled wings. The body of the swan represented the pineal gland, and its wings were the two sides of the brain. The complete swan was a symbol of the higher consciousness of the soul. The Knights of the Swan were those who understood these secrets."

"Paramahamsa (परमहंस), also spelled paramahansa or paramhansa, is a Sanskrit religio-theological title of honor applied to Hindu spiritual teachers who are regarded as having attained enlightenment. The title literally means "supreme swan," and symbolizes spiritual discrimination. The swan is equally at home on land and on water; similarly, the true sage is equally at home in the realms of matter and of spirit. To be in divine ecstasy and simultaneously to be actively wakeful is the paramahansa state; the 'royal swan' of the soul floats in the cosmic ocean, beholding both its body and the ocean as manifestations of the same Spirit. The word 'Paramahamsa' means One whos is Awakened in all realms. [1] Paramahansa is the highest level of spiritual development in which a union with ultimate reality has been attained by a sannyasi."
...
"The hamsa (swan) is the vahana, the mount or vehicle, of the god Brahma. In the Vedas and the Purânas it is a symbol for the soul/Soul. The hamsa is said to be is the only creature that is capable of separating milk from water once they have been mixed; symbolically this is the display of great spiritual discrimination. It is symbolic for a spiritually advanced being who is capable of controlling the breath energy in such a way that he only absorbs pure vibrations from all the different energies the world contains. To the Paramahamsa (the supreme celestial Swan) on the other hand, the whole of creation is God himself, there is nothing else but God alone. This person is a fully realized soul, completely liberated from all bonds with the world, who knows no obligations, no likes or dislikes. He is without any needs because he is completely immersed in God."

"Paramhansa — Literally — Supreme Swan, a person of the highest spiritual realization. Mythically, a swan can separate milk from water and is therefore an apt symbol for one who has discarded the unreal for the Real, the darkness for the Light, and mortality for the Immortal, having separated himself fully from all that is not God and joined himself totally to the Divine, becoming a veritable embodiment of Divinity manifested in humanity."
Posted by Greg at 18:26 No comments: 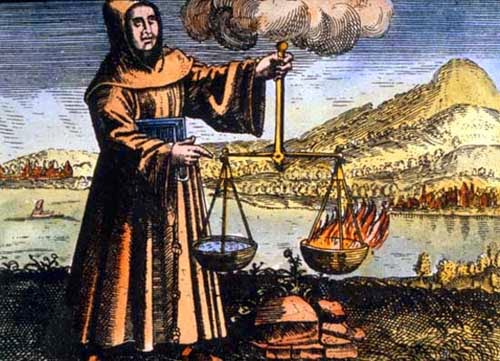 Unas, the small orphan (tefen), went to law with the sister (Tefnet).
The Two Truths judged, while Shu was a witness.
The Two Truths have decreed that the thrones of Geb should come to him
and that he should raise himself to what he wanted.

Bring together (then) his members, which shall be secret.
He joins those who are in Nwn, he leaves his testament in Heliopolis.
Lo! Unas comes out on this day in the true form of a living Akh-spirit

So that Unas interrupts the fight, so that he punishes strife.
Unas comes out, the guardian of Maat,
he brings it while it is with him. 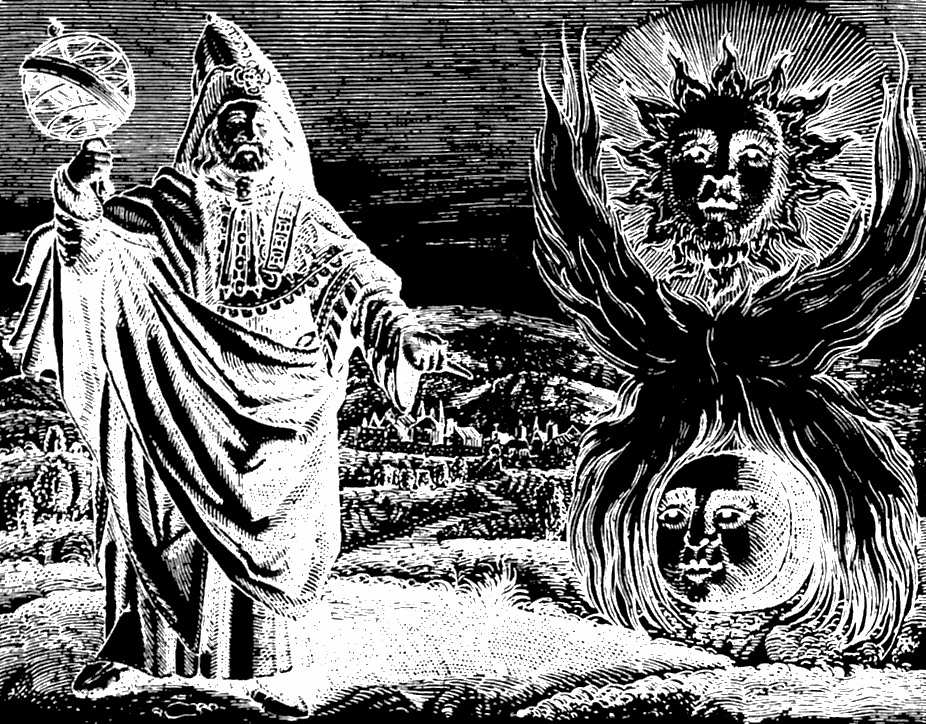 Hermes the divine messenger and the divine thief cannot be relied upon for our ordinary measured decisions of everyday living. He is tricky and treacherous and not easily grasped, and often his APPARENT directions can lead men and women astray into the wilderness, through LEFT paths that take the traveller into strange and infuriating places.

To follow your inner guide does not necessarily mean that you measure-up the choices into the secure and guaranteed results expected of the left side of your brain. Often it is the opposite sense of what you have supposed, as is a reflection in a mirror. But Hermes is the master of the four elements, his wisdom can penetrate the mind, the imagination, the heart and the body. Without the influence of Hermes, (our inner guide), we would not have the inner resources to guide us to TRUTH, only the directions of others, who will doom us to travel like sheep on to the same worn out measured track as everyone else.

The neophyte must first ride on an ass, (as would a fool), and encounter Hermes at the crossroads, before he can reach the city of peace (Jerusalem). But he must also be prepared for the terror & fear of the unknown and be ready to fight the demons with the sword of TRUTH, for the visitations of the inner guide will not come to fruit if the neophyte continues to hide safely behind material rocks.

One day the barreness of the right side of the brain will cause the return with vengeance of Hermes, who will come as a thief in the night to steal and remove the solid foundations of the left side of the brain (the mountains and the rocks), so that the TRUTH will become experienced by all. To some, this will be like their whole world caving in around them. The whole mind (book) will then be opened. No longer will dark secrets be kept hidden. For many do not realise that their mind is but a temporary seperation from one whole infinite mind.

May the open-minded sleep soundly! 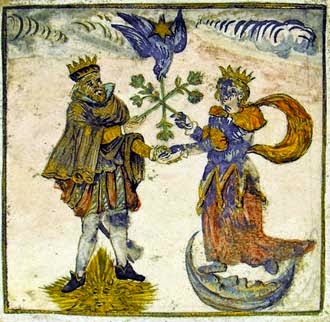 "Just as students of comparative religion have noted similarities in the externals and doctrines of many faiths, in mysticism Sufism has continuously stressed the essential identity of the stream of transmission of inner knowledge. In the East the Mogul prince Dara Shikoh wrote the "Confluence of the Two Seas," stressing the meeting between Sufism and early Hindu mysticism.

The Rosicrucians in the West adopted almost literally the teaching of the Spanish illuminist Sufis in claiming an unbroken succession of inner teaching, in which they included "Hermes". The Western illuminati included Mohammed in their chain of transmitters. Count Michael Maier in 1617 wrote "Symbola Aurea Mensae Duodecim Nationum" [Contributions of Twelve Nations to the Golden Table], in which he showed that the Sufi tradition of a succession of teachers was still being maintained.

Among the alchemical teachers were several whom the Sufis also
recognize, including Westerners who had studied Saracen lore. They are:

All Western alchemy, of course, is attributed by tradition to Geber [Jabir Ibn el-Hayyan], the Sufi."