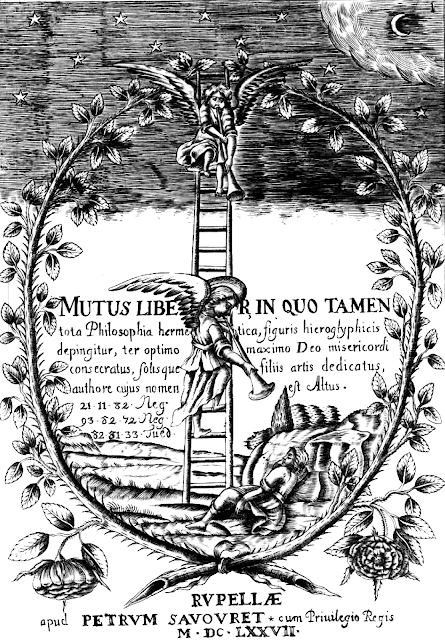 "Mutus Liber (from Latin: Silent Book) was an alchemical text published in France in the later half of the 17th century. It professed to outline, through a series of mystical illustrations, a method of manufacturing the Philosopher's Stone. It was first printed in 1677 at La Rochelle under the editorship of Pierre Savouret.

Its authorship, long obscured by abstruse claims and speculation, has ultimately been attributed to Isaac Baulot, an apothecary and savant of matters medicinal at La Rochelle, born there in 1612. Scrolls on the last plate of the Mutus Liber bear in Latin the dismissal oculatus abis, "thou departest seeing," which almost anagrams the author's name. The beleaguered Huguenots of La Rochelle had good cause during the capricious enforcement and then revocation of the Edict of Nantes to disguise their more occult speculations in code."
-wikipedia 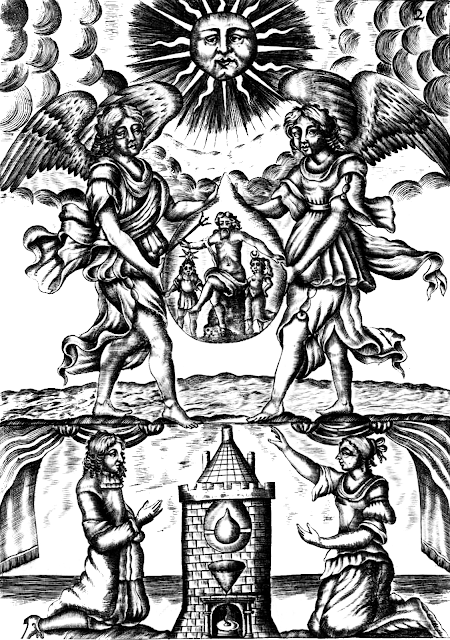 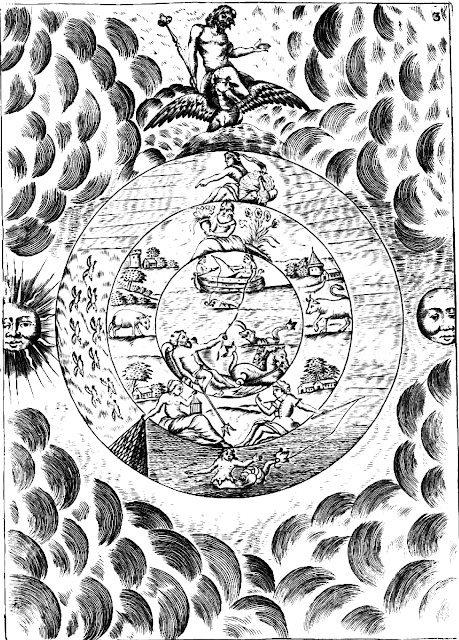 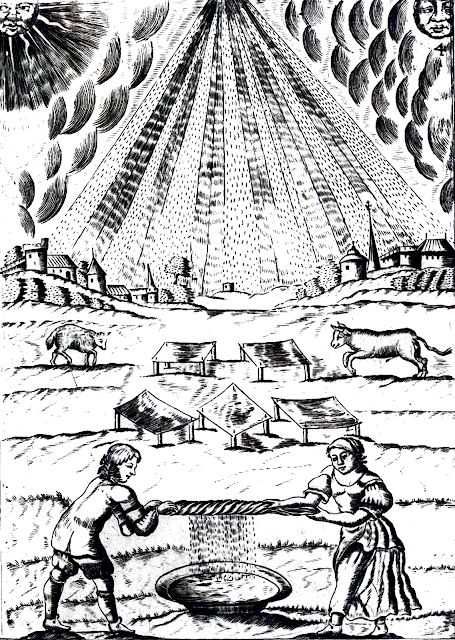 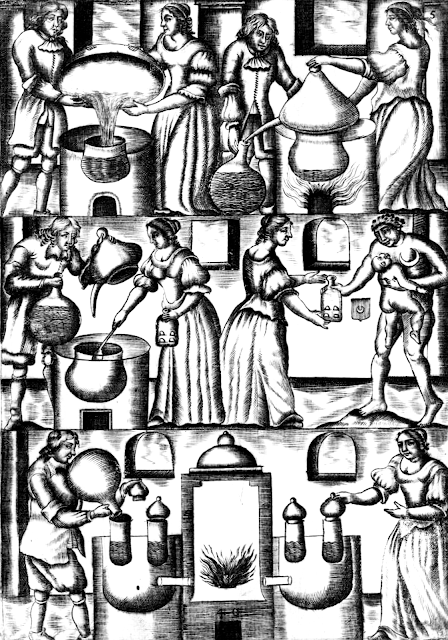 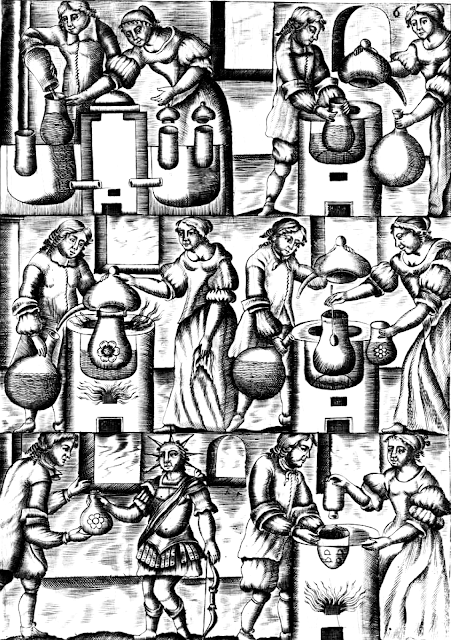 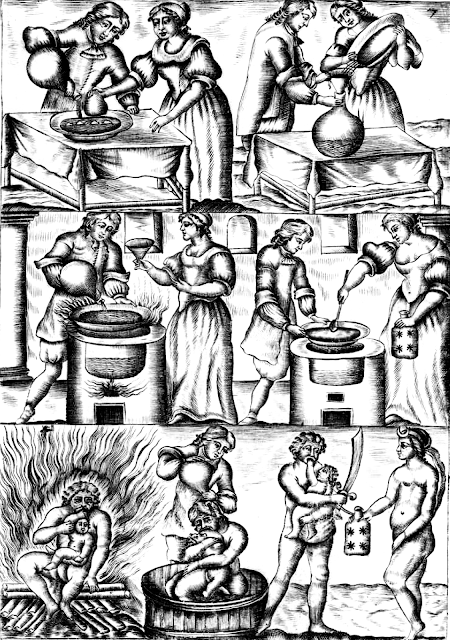 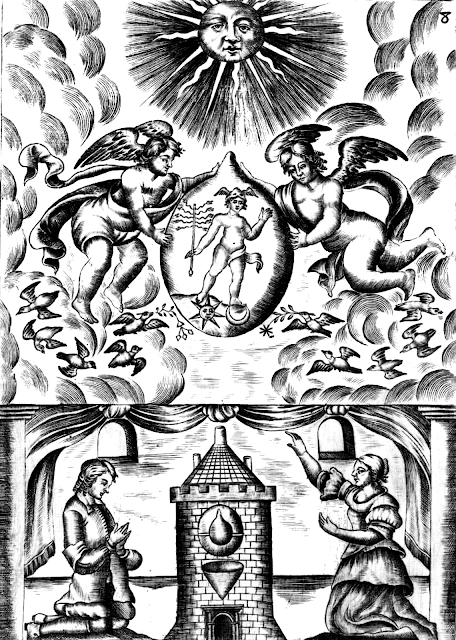 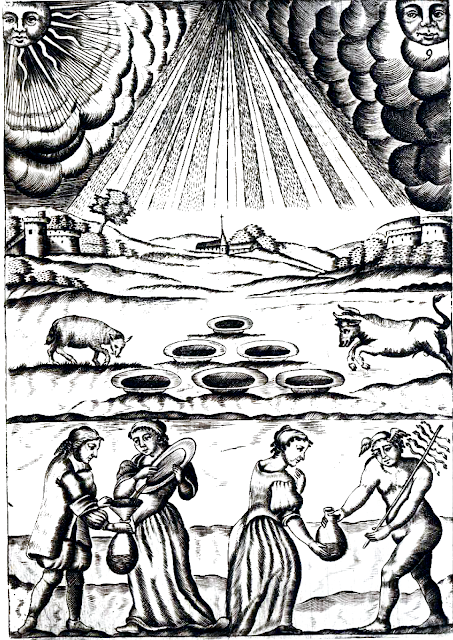 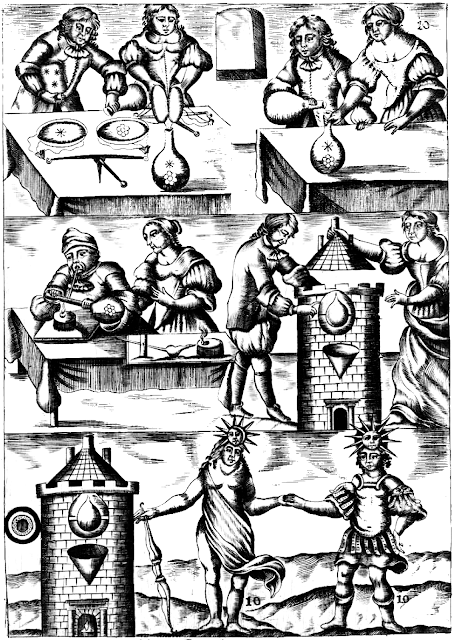 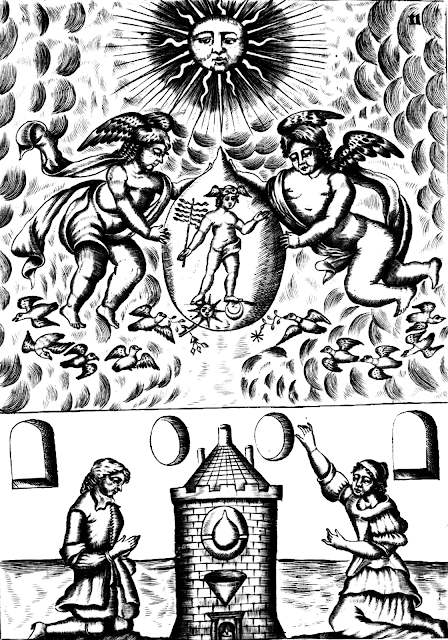 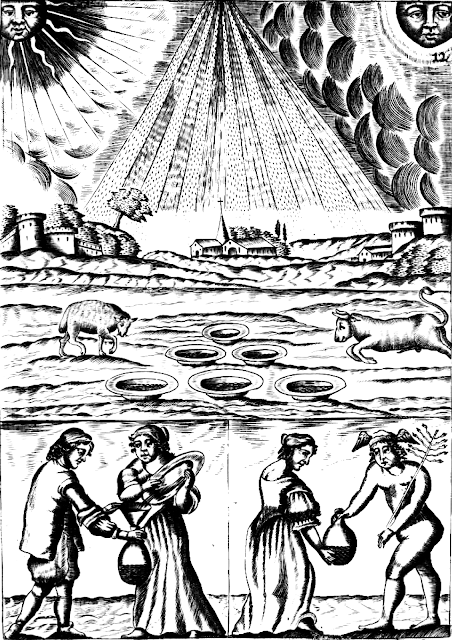 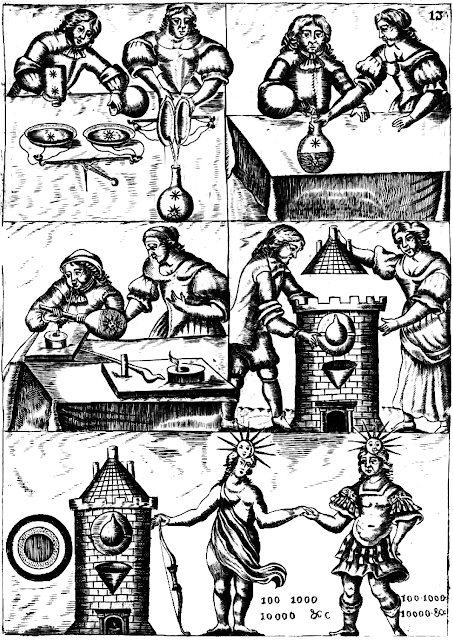 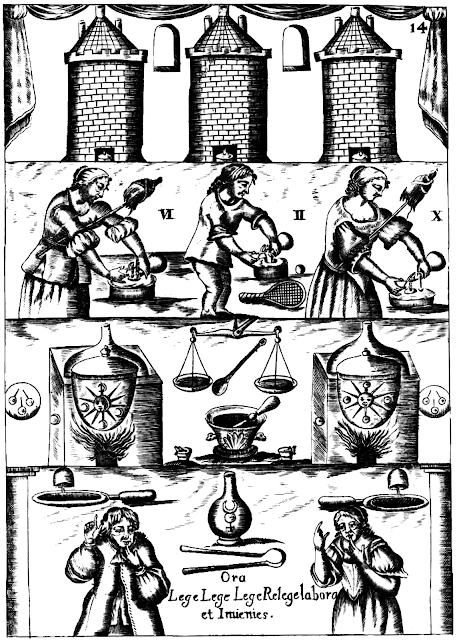 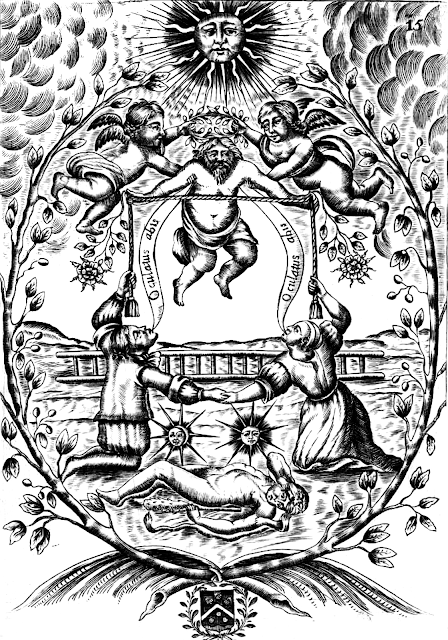 Email ThisBlogThis!Share to TwitterShare to FacebookShare to Pinterest
Labels: Text